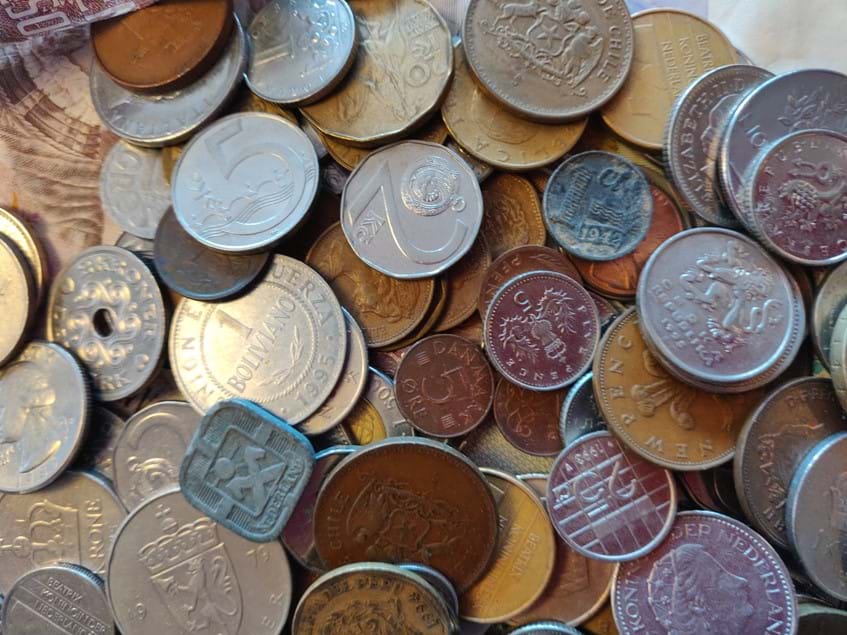 Denmark has a long history of providing welfare (almisse or fattighjælp) for those who cannot provide for themselves. The requirements to be eligible for welfare and the amount of the welfare have changed over the years. Census records often reveal if a person was a pauper (almisselem). Details about the welfare can be found in the records of the local pauper committee (fattigkommission). Records from a lot of pauper committees have been digitized and made available online. The records vary in detail from time to time and place to place. Below is an example of a record from a pauper committee.

A Poor Family in the 1801 Census of Denmark

Translation of the record shown in the snippet above:

Census of the population of Ringe parish under Svendborg county, as it was found to be on 1st February 1801, along with details about each person's [marital] status, office, or occupation, etc.

The census says that Hendrich Hansen received welfare, but not how much he received. Paupers were divided into three classes:

In December 1803, the pauper committee decided that Hendrich Hansen belonged to the first class of paupers, which correlates with him being about 83 years old. As shown in the snippet above, he was granted "a full portion" in addition to what was granted to him by the Ringe poor house and by the private foundation Eickstedtske Legat. That year a full portion for a pauper of the first class consisted of the following:

The committee decided that the help was granted in money rather than goods. The total value of Hendrich Hansen's welfare was set at 10 rigsdaler 2 mark for the year 1804. The welfare was paid for one quarter of a year at a time.3 Examining the minutes from the following years might reveal more details about Hendrich Hansen, including when he and his wife died.

Rigsdaler (subdivided into mark and skilling) was the Danish currency until 1873. Today the currency is kroner (subdivided into øre). Society has changed so much that it is impossible to correctly convert rigsdaler to kroner, however, comparing to the wages at the time will give us an idea of the size of the welfare.

The average wages for a laborer in the nearby town Odense were about 1 rigsdaler per week,4 so the value of Hendrich Hansen's welfare for an entire year equaled about 10 weeks of payment for a laborer in Odense. And he had to support his wife and probably helped support his daughter and two grandchildren, too. It must have been hard.